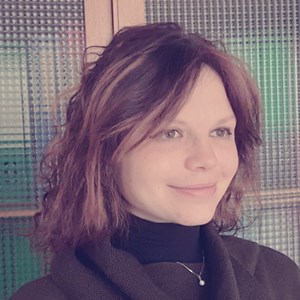 Stefania Moioli is Senior Assistant Professor and she is member of GASP (“Group on Advanced Separation Processes & GAS Processing” - https://gasp.chem.polimi.it/), a group involved in research activities and projects regarding mainly the purification of sour gases and CO2 capture and in the collection of experimental data of VLE and VLLE (also for strongly non-ideal systems), for which literature data are missing, at "Process Thermodynamics laboratory - PT lab", recently created at the Department CMIC.

The applications are related mainly to the fields of purification from acid gases for Carbon Capture and Storage in power plants, natural gas sweetening, purification of syngas streams for hydrogen production and biogas upgrading, with study of energy saving solutions.

As for the processes of chemical absorption based on the use of traditional amine solvents, thermodynamic, kinetic and mass transfer models have been developed in order to obtain an accurate representation of the considered systems, with specific routines, currently used by engineering companies for the design of natural gas purification plants and applied also to the CO2 absorption from other gaseous streams.

In addition, Stefania Moioli focuses her activity on the study of new solvents for the chemical and physical absorption, with the purpose of decreasing the high energy requirement of the regeneration section of amine processes and to use compounds with low environmental impact. To this aim, in 2016 she spent six months at The University of Sydney as Affiliate, working on acid gas removal by innovative chemical solvents with precipitating salts.

She collaborated to the study of downstream separations in bioprocesses, in particular as for the separation of the Acetone-Buthanol-Ethanol (ABE) mixture, obtained from cellulosic biomass fermentation, within the LIDIA project funded by MIUR.

Stefania Moioli is associate of Istituto Nazionale di Fisica Nucleare and she is involved in the DarkSide collaborations and in the ARIA project for the production by cryogenic distillation of Argon depleted in 39Ar and for the separation of other isotopic mixtures.

She is and she has been involved in several projects funded by public institutions and research contracts between Politecnico di Milano and external companies, mainly Oil & Gas Companies and engineering groups.

In 2013 she received the “Mention for Scientific Productivity” as PhD Student of XXV Cycle of PhD course in Industrial Chemistry and Chemical Engineering at Politecnico di Milano (2010-2013). In 2015 she was awarded with the “Endeavour Research Fellowship 2016 Round”, a prestigious programme offered by the Australian Government to support high-achieving professionals to undertake research in Australia.