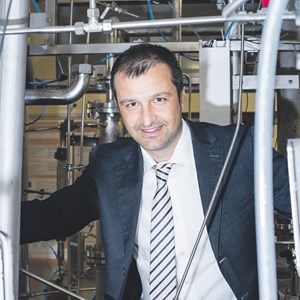 He is the coordinator of Double PhD and MSc bilateral agreement with USA, UK, EU, CH, China and Russian Federation.

He published about 300 papers indexed by Scopus on peer-reviewed journals and well-established international conferences, along with a series of 5 books titled “… for the Chemical Engineer” edited by Wiley-VCH (Weinheim, Germany) on process systems engineering, modeling and optimization of chemical processes. He co-authored a chapter of Kirk-Othmer Encyclopedia by John Wiley and Sons on big data analytics in chemical processes.

He filed 20 patents and 3 trademarks in the field of H2 production and CO2 utilization. One of them have been scaled up to TRL 9 in 2019 with Itelyum, which is operating a 9kt/y plant. Other 6 patents are at the industrial implementation phase.