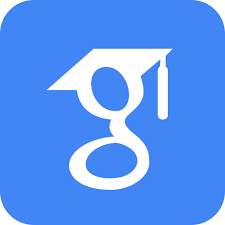 From January 2005 to November 2014, she was Assistant Professor at the Bioengineering Department (2005-2012), and at the Department of Chemistry, Materials, and Chemical Engineering “G. Natta” (2013-2014), Politecnico di Milano.
From April 2021, she is Full Professor in Industrial Bioengineering at the Chemistry, Materials and Chemical Engineering, Politecnico di Milano.
From February 1993 to February 1996, she was visiting Master and PhD student at the Joint Research Centre, Institute for Advanced Materials, Ispra (VA), Italy.
From March 1996 to September 1996 and from January 1997 to March 1997, she was visiting PhD student at the University of Laval and Quebec Biomaterials Institute, Quebec, Canada under the supervision of Gaetan Laroche and Diego Mantovani.

She was Member of National and International Congress Committee.
From 2012 she is Associate Editor for the Journal of Applied Biomaterials and Functional Materials (JAB-FM) former Journal of Applied Biomaterials and Biomechanics (JABB), Witching Ed., Milan, Italy.
In 2005 she was elected as member of the Council of the Italian Society for Biomaterials (SIB), in charge as treasurer, and now she is in charge as President.
Starting from 2006 she is local reference for the National Group of Bioengineering (GNB) at Politecnico di Milano.
From 2017 she is one of the member of the Council of the European Society for Biomaterials.

Teaching activity
From 2001 and up to the current academic year Silvia Farè has been in charge of different courses in biomaterials and regenerative medicine fields at Master and Bachelor in Biomedical Engineering, Politecnico di Milano.

Scientific activity
The scientific activity of Silvia Farè has been devoted to different areas related to the bioengineering applications and Research activity is carried out in collaboration with National and International Universities and Research Centers, and National and International industries.
Her main research interests: characterization of design, synthesis and characterization of synthetic and natural polymer-based scaffolds for tissue engineering (vascular tissue, adipose tissue, skeletal and cardiac muscle, cartilage) and drug release applications; development of polymer matrices for biomimetic composites (bone substitutes); design and characterization of shape memory polymer device and scaffolds for a mini-invasive surgical approach; elastomers for cardio-vascular applications.

Silvia Farè is author and co-authors of one hundred international and national scientific publications related to materials science, in particular to biomaterial and regenerative medicine fields.
The H index of Silvia Farè calculated by Scopus in April 2020 is ranking 25.