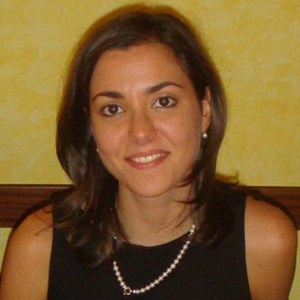 Giorgia De Guido is Research Fellow (Junior) and she is member of GASP (“Group on Advanced Separation Processes & GAS Processing” - https://gasp.chem.polimi.it/), a group involved in research activities and projects regarding mainly the purification of sour gases and CO2 capture and the collection of experimental data of VLE and VLLE ("Process Thermodynamics laboratory - PT lab", recently created at the Department CMIC), also for strongly non-ideal systems, for which literature data are missing.

Her research activity, carried out also in collaboration with other international and national research centres and universities, concerns thermodynamics, modelling and simulation of separation processes and reacting systems in steady state and under transient conditions, also using commercial simulation packages like Aspen Plus®, Aspen HYSYS®, ProMax®, ProSim®.

In the field of thermodynamics, Giorgia deals with different types of phase equilibria, also involving the solid phase (e.g., SLVE), for which thermodynamic models have been developed for a correct representation of the system. This plays a key role in the study of the low-temperature technologies recently developed for acid gas removal from low-quality natural gas (e.g., containing more than 8-10 mol% CO2) or for biogas upgrading.
Giorgia deals with these novel technologies, as well as with conventional and hybrid processes, in order to define the optimal process scheme, by means of energetic and exergetic analyses.
Giorgia also deals with the integration of these low-temperature technologies with the liquefaction process carried out downstream of gas purification if LNG/liquefied biomethane is the final product.
Moreover, she studies less conventional processes, like those for the separation of isotopes by means of cryogenic distillation and for the separation of bio-products, such as butanol produced by the ABE fermentation. She is currently involved in the HydroClaus project with Eni S.p.A, studying, mainly for the modelling of the kinetic scheme, an innovative process for the alternative use of sulphur from gas purification plants in agriculture.

She has been/is involved in several projects funded by public institutions and in research contracts between Politecnico di Milano and external companies.

Giorgia is associate of Istituto Nazionale di Fisica Nucleare and she is involved in the DarkSide collaboration and in the ARIA project for the production of Argon depleted in 39Ar by cryogenic distillation and for the separation of other isotopic mixtures.

Since the a.y. 2017/2018, Giorgia has been in charge of the course “Chemical Processes and Technologies”. She is advisor of M.Sc. theses in Chemical Engineering and in Energy Engineering.

She is first author and co-author of papers published on peer-reviewed international scientific journals and books or presented at international and national conferences. She is reviewer for international journals.

In 2016, she was granted the “PhD Award 2015” (cycle XXVIII). In the years before, she received the “Prof. Ing. Giuseppe Pastonesi” degree award (2013), a medal as one of the best graduated students in Chemical Engineering (2012), and the “Honor Students Giuseppe Biardi” recognition (2011).